Hello and welcome to my website. I’m Zoë Miller, a best-selling Irish author.  Here you will be able to find out more about me and my books, and follow my blog, Twitter and Facebook posts.  I hope you enjoy your visit, Zoë x

‘A high voltage blend of drama, intrigue and suspense, and a story line full of twists and turns…Miller delivers again.’ — Irish Independent 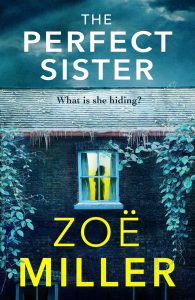 For further information and where to buy check out Zoë’s Books page.